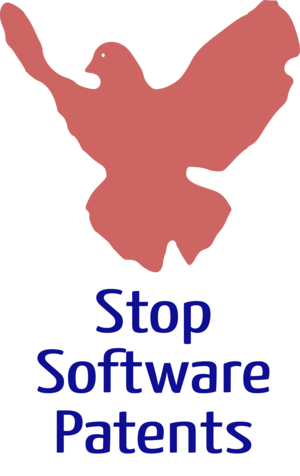 Swathanthra Malayalam Computing, along with SFLC.IN and several civil society organizations and citizens, penned a joint letter to the Prime Minister of India on September 15, 2015 expressing concerns over the “Guidelines for Examination of Computer Related Inventions (CRIs)” issued by the Office of the Controller General of Patents, Designs and Trademarks on August 21, 2015.

Full text of the letter is reproduced below

Sub: Concerns over the “Guidelines for Examination of Computer Related Inventions
(CRIs)” issued on August 21, 2015

This concerns the “Guidelines for Examination of Computer Related Inventions (CRIs)” issued on August 21, 2015 by the Office of the Controller General of Patents, Designs and Trademarks. We, the undersigned, wish to share with you some of our concerns over this document, particularly in context of its potential repercussions on Indian industry and innovation. The Guidelines in their current form, by providing for patenting of software, could place the Indian software industry, especially software product companies and startups, at the mercy of Multinational Corporations and patent holding entities who have amassed many patents in the area and continue to do so. The Guidelines by allowing for software patents will make writing code and innovating in the area of software a dangerous proposition due to the chance of infringing on the patents held by big corporations.

The stated intent of the document is to provide guidelines for the examination of patent applications relating to CRIs by the Patent Office so as to further foster uniformity and consistency in their examination. However, we submit that the Guidelines in their current form run counter to the object of Section 3(k) of the Patents Act, 1970, which is to unconditionally exclude mathematical and business methods, computer programs per se, and algorithms from patentable subject matter.

The “Manual of Patent Office Practice and Procedure” published by the Patent Office in 2011 as a practical guide for the effective prosecution of patent applications, as well as the “Draft Guidelines for Examination of Computer Related Inventions (CRIs)” issued in 2013 by the Patent Office had reiterated the unconditional exclusion as per Section 3(k) of mathematical methods, business methods (even with the help of technology), computer programs per se , and algorithms from patentable subject matter. Specially with reference to the non-patentability of computer programs per se, the Draft Guidelines noted that a computer program that may work on any general purpose known computer or related device does not meet the requirements of law. It was said that for considering the patentability of computer programs in combination with hardware, the hardware had to be more than general purpose machines.

However, examination procedures detailed under the 2015 Guidelines differ from the above position in the following key respects:

Further, the Guidelines set out three broad premises under which subject matter relating to CRIs may be considered patentable:

The Guidelines add that a computer program, which when running or loaded into a
computer, goes beyond the “normal” physical interactions between software and hardware and is capable of bringing further technical effect, may be patentable.

The Indian Patent Office was established under the provisions of the Patents Act, 1970. By permitting patents in mathematical and business methods and computer programs, we now have a situation where the creature of the Act is attempting to usurp the provisions of the Act. Section 3(k) instituted a blanket exclusion of the above from patentable subject matter to prevent monopolies
and foster innovation. The 2015 Guidelines defeat this necessary purpose, and open a Pandora's box of potential harm to Indian industry. Such a step will invariably stifle innovation and weaken the Government's “Make in India” initiative.

We therefore request you to initiate urgent steps to recall the “Guidelines for Examination of Computer Related Inventions (CRIs)” issued on August 21, 2015, and to ensure that any future guidelines issued by the Patent Office on this subject are in tune with the legislative intent.

A PDF copy of the joint letter is available at SFLC.in