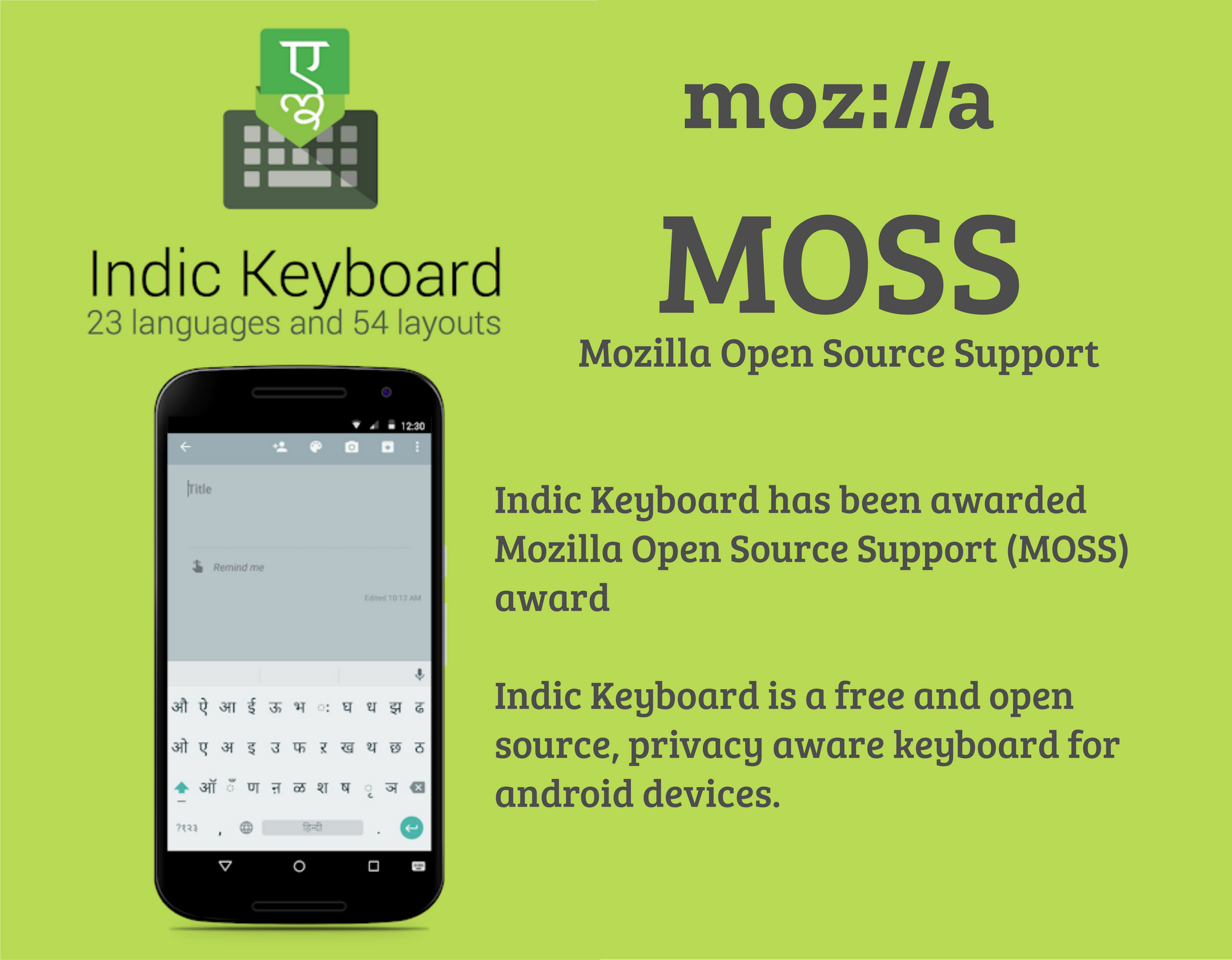 On the fifth anniversary of Indic keyboard’s stable release, we are happy to announce that Indic Keyoard has received the prestigious Mozilla Open Source Support (MOSS) awards.

The MOSS award under Global Mission Partners India track is a financial grant for the future developments. Previously it has been given to popular open source projects like Tor, Python Package Index, Harfbuzz, webpack, SecureDrop etc. Indic Keyboard will be using the funding for the development efforts and maintenance.

Mozilla is following their mission to ensure Internet - a public resource, open and accessible to everyone. Mozilla awards individuals who leads free software projects that significantly furthers their mission.

Indic keyboard is a native input keyboard application for Android mobile devices. It extends Android’s default keyboard and adds support for 22+ languages with 57 input layouts in total. Indic Keyboard is now under an umbrella organization called Indic Project, which is an initiative of Swathanthra Malayalam Computing. Indic Project  is a community powered research and development project for free and open source Indian language information infrastructure for desktop, web and mobile.

Open Source nature of Indic Keyboard also lead other developers to use and reference our code in their apps. Indic Keyboard has been the starting point of some of the popular keyboard apps like Azhagi and Chrooma

The Mozilla Open Source Support Global Mission Partners: India is to support open source or free software project that is undertaking an activity which significantly furthers Mozilla’s mission, and for which the applicant(s) are based in India.