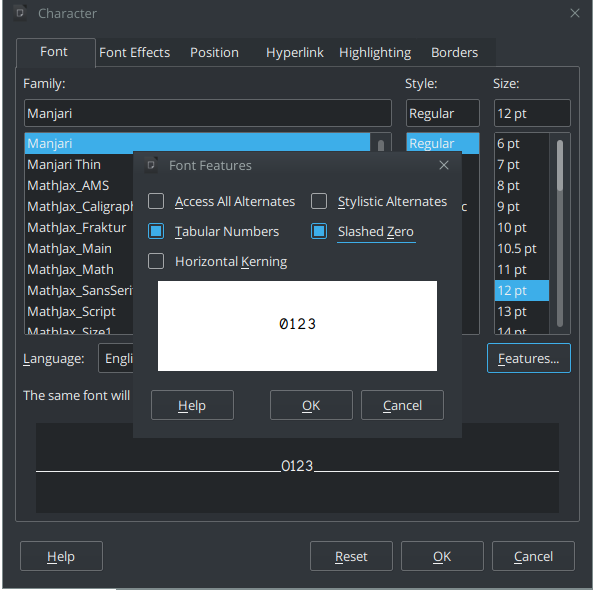 This was originally written by Santhosh Thottingal and published at Thottingal.in.

New version of the font is available at: https://smc.org.in/fonts/#manjari

The Kerala health department publishes daily COVID-19 reports and they use Manjari(example). Sometimes the numbers in table in Manjari font is slightly difficult to read when you want to compare the numbers in columns across rows. This is because each digit will take a proportional horizontal space and not fixed width.

tnum opentype feature helps to get fixed width tabular numbers in contexts like above.

While working with numbers, sometimes it is difficult to differentiate between 0,o,O,ഠ. It helps if 0 has a slash in it. New version of Manjari adds this alternate glyph using opentype feature zero

In font selector, give the font name as Manjari Regular:tnum or use font settings dialog

Here is an image showing tabular and slashed zero.