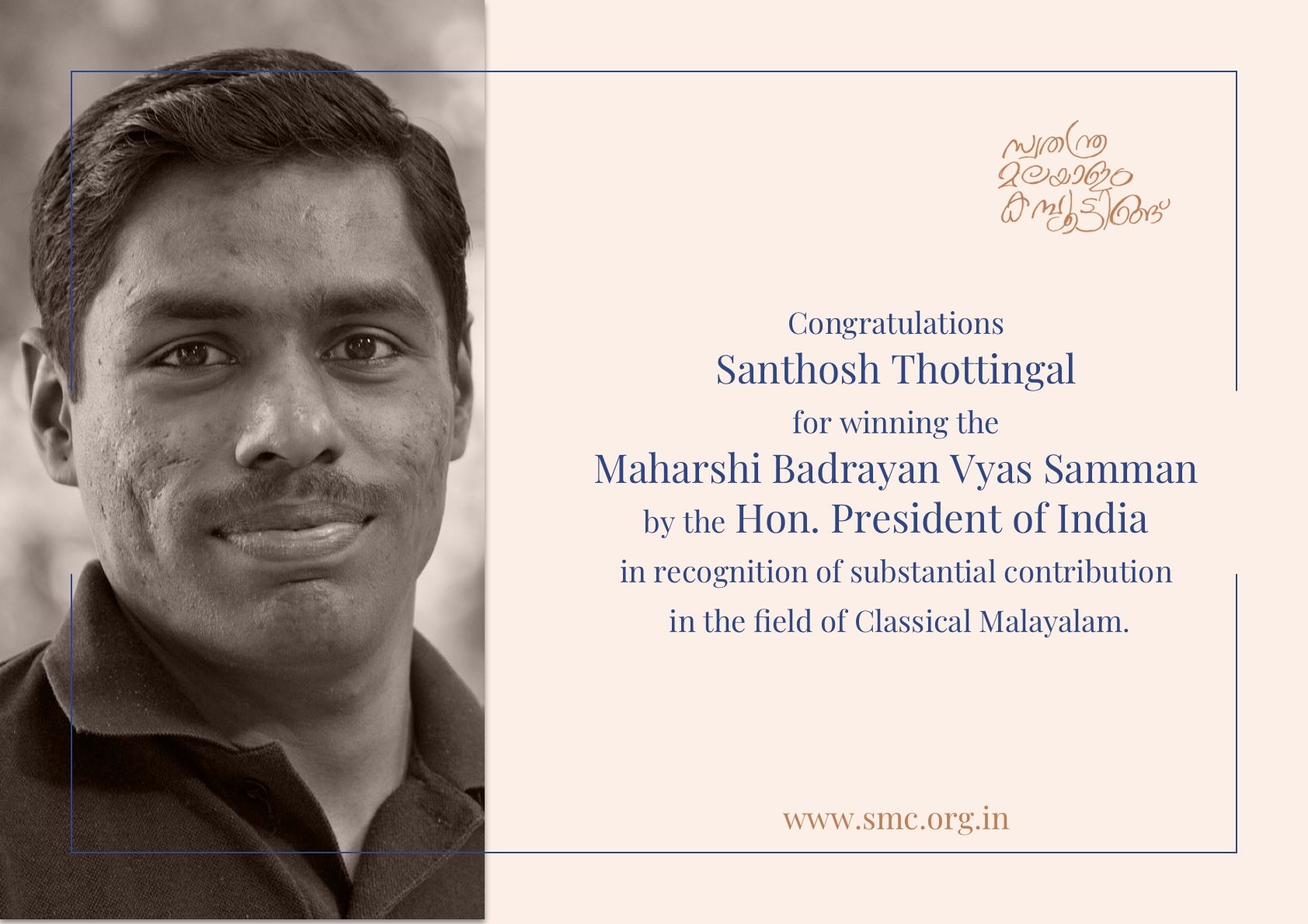 Santhosh Thottingal has won the Maharshi Badrayan Vyas Samman by the Hon. President of India. This is in recognition of his substantial contribution in the field of Malayalam language. The award, instituted in 2016, is given to the substantial contributions to languages such as Sanskrit, Persian, Arabi, Pali and Classical Oriya, Classical Kannada, Classical Telugu, and Classical Malayalam. This is given to young scholars in the age group of 30 to 45 years. The Presidential award carries a certificate of honor, a memento and a one-time cash prize of Rs.1 lakh.

Santhosh is one of the most active contributors of Swathanthra Malayalam Computing and a principal engineer in Wikipedia's language computing department. He has designed and released several algorithms and tools that serve computing needs in many Indian languages including Malayalam. He heads the maintenance of a dozen or so of the popular Malayalam fonts. Santhosh (along Kavya) designed two of these fonts, Chilanka and Manjari. He has contributed tools that serve a broad range of language computing needs - input tools, layout tools, fonts, font rendering, text to speech, translation, localization are just a few of these areas. He has also contributed and presented papers at several international conferences.

Dr. Rajeev R. R from the e-governance and training department of ICFOSS has also been selected for this award along with Santhosh.

We hope this award inspires Santhosh and Rajeev to push the boundaries of Malayalam language computing.