Indic Keyboard crossed 2 million downloads. Ever since we launched the app in 2014, we had steady flow of downloads. With 4.26 average rating, our keyboard is one of the highest rated Indic language input methods for android.

Indic Keyboard is a versatile keyboard for Android users who wish to use Indic and Indian languages to type messages, compose emails and generally prefer to use them in addition to English on their phone. You can use this application to type anywhere in your phone that you would normally type in English. It currently supports 23 languages and 54 layouts. Jishnu Mohan is the lead developer of this project.

We are working on next version(v3) of the keyboard with a lot of new changes and bug fixes.

This project started from an idea to easily fix font issue in browsers. This extension developed by Jishnu Mohan lets you load all of SMC's fonts in any website you visit. It works in firefox, chrome and in the mobile version of firefox.

Jishnu also wrote a blog post on the technical details and implementation challenges.

IB Computing youtube channel did a video about it - https://www.youtube.com/watch?v=CFBo1a43fNw

The Malayalam morphological analyser project is progressing well. Grammatical moods of Malayalam are being added now. You can follow the progress of the project at https://gitlab.com/smc/mlmorph .

Version 2 of the swanalekha has support for typing many new characters in Unicode. For detailed documentation and download, see https://swanalekha.smc.org.in .

Swanalekha is now available as Firefox and chrome extension. You can type using Swanalekha in web pages. 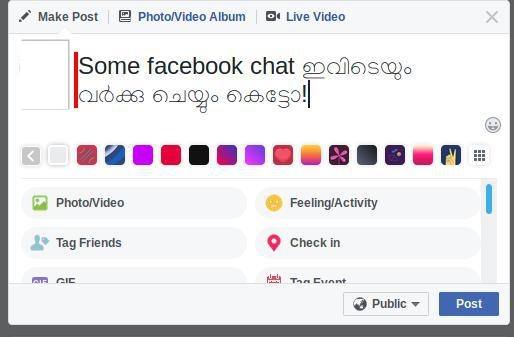 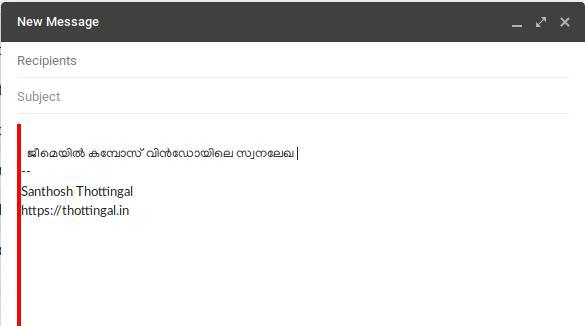 This project is lead by Anoop Panavalappil.

A lesser known fact about SMC is, it had developed a Tamil font named Meera Inimai. This was designed by K H Hussain. This font is already hosted in Google fonts and according to their statistics, it is downloaded 1000,000 times per week. But that is webfonts. We now listed Meera Inimai among with our Malayalam fonts in our font preview site.

Thanks for reading. You may find our last month report interesting. Read it from here. We will be back with more updates next month.