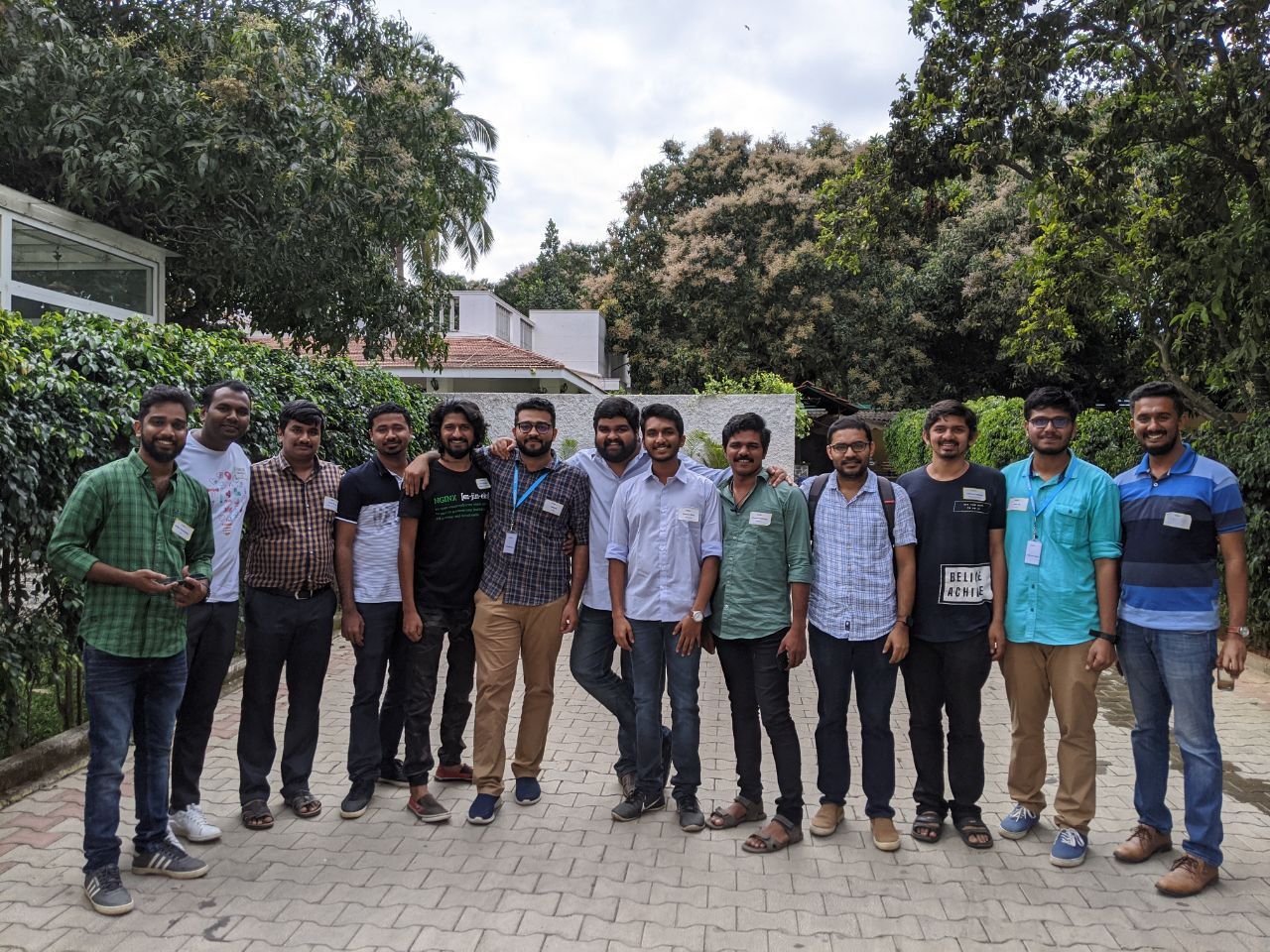 Anivar Aravind discussed about free software philosophy, community and politics in general. Anish Sheela talked about localization and how it can be used as an entry point to FOSS world. Santhosh Thottingal's talk was about past, present and future of Indic language computing. Jishnu Mohan talked about the story behind the IndicKeyboard app. Kavya Manohar discussed about Malayalam language, lettering and her contributions to language computing. Rajeesh K.V. and Balasankar talked about their free software journey in general and about relationship with SMC in specific. Hrishikesh K.B. was the moderator in all these talks. Videos are available at SMC YouTube channel.

Student Developer Society and IBComputing also conducting talks with people of FOSS and language computing. SMC members and other prominent FOSS advocates are featured in these videos.

IndicProject and SMC signed the #KeepItOn open letter to Deputy Director-General of World Health Organization to urge the governments of Bangladesh, India, Myanmar, and Pakistan to end the ongoing internet shut downs amid COVID-19 pandemic. The letter points out that the number of shut downs increased recently in these countries and it would affect the fundamental rights of people.  The letter can be read here.

In his latest blog post,  Santhosh Thottingal codifies the efforts to bring a Digital Literacy Program, in the light of discussions about digital divide as Kerala Goverment gave permission to educational institutions to start online classes. The blog post briefs about the timeline of events, objectives of the program, domains of the program, struggles involved and the future of the project.

Jaisen Nedumpala drawn a map of the local authorities in Kozhikode district using QGIS, based on the datasets from KILA CHRD. PDF version of the map is available here. More details available in Jaisen's blog.

Volunteers of "Collective for Open Data Distribution-Keralam" (CODD-K), including SMC member - Manoj Karingamadathil, developed an open dataset of COVID-19 outbreak in Kerala. Datapackage with schema definition is accessible at CODD-K GitHub repo.  More details about the dataset is available at Zenodo.